FUNDAMENTALS DONT CHANGE OVER TIME
To a degree accurate records are just that, and the principal is timeless, whether the counter is a piece of string with knots, an abacus, or a spreadsheet. Computers have however enlarged the volume or data kept and the speed of retrieval to levels undreampt of before.

Semi automation – programs
With the advent of programmable calculators, a new world of “macro” driven calculations was possible achieving even more speed and efficiency in repetitive calculation. At approximately the same time the Pc was introduced and the first “apps” or bookkeeping programs/systems appeared which ended the era of the paper bound double entry ledger and quill pen. There was no turning back, but the bookkeeper merely had a new set of tools, not a new world.

Full automation – AI + self learning programs
Industrial scale databases and the programs that run them enabled businesses to control ever more aspects of their books, integrating the operations of each area of business from marketing to production to finance. Collaboration was possible and yet the accountants role just got bigger as a result, rather than disappearing.

However looking to the future with technology moving ever faster, we could easily foresee artificial intelligence finally removing most of the traditional tasks of the bookkeeper for ever. In the futurist dream the central machine could monitor operations and issue requests for the necessary data, record it and report all without much human intervention.

While such a situation would only apply to the largest businsses, there is no doubt it is technically feasible within cost constraints and value – add considerations. But its not here yet! 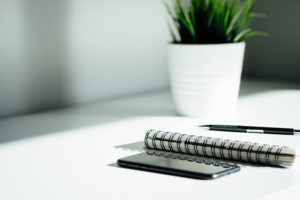